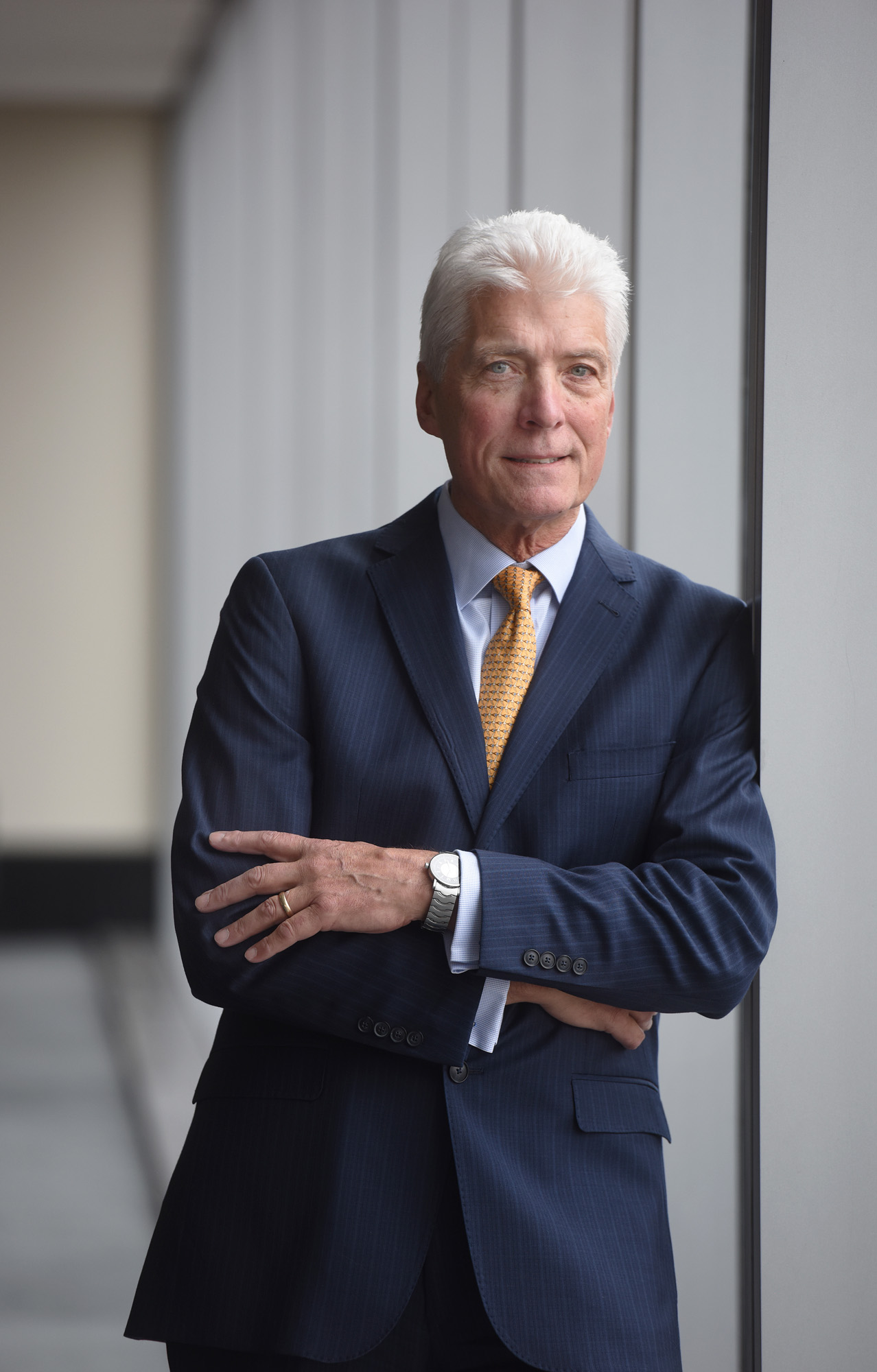 David M. Gibbons is the Executive Director of the Massachusetts Convention Center Authority, overseeing all operations at the Boston Convention & Exhibition Center, the John B. Hynes Veterans Memorial Convention Center, the Boston Common Garage, and the MassMutual Center in Springfield. David is a global hospitality executive with over twenty-five years of luxury hospitality experience encompassing operations, food & beverage, capital spending and owner relations. Working and reporting to North American, European and Asian head offices David is a skilled and respected international manager. The consummate professional, his reputation is as a passionate, creative thinker and strategic planner adept at positioning a product in the highest levels within the marketplace. He has been a renowned mentor and team builder throughout his career.

David joined Raffles Swissotel Hotels and Resorts, at Swissotel The Drake, as Director of Food and Beverage in 1985. He had the opportunity to open one of the greatest hotel restaurants, ‘The Lafayette’, and introduce Jean-Georges Vongerichten to New York. They strove for the ultimate in food and service and were rewarded with the maximum four stars from the NYTimes, as well as numerous other accolades and awards. In 1987 he advanced to the position of Hotel Manager of The Drake and then became General Manager in 1992 at The Swissotel Boston.  He returned to the Drake, Swissôtel’s flagship for the brand, as General Manager in 2003 and was there until 2006 when the legendary New York property was sold and closed. David then joined Indian Hotels as General Manager for the re-flagging of the iconic Ritz-Carlton as the Taj Boston a Leading Hotel of the World. Here he was able to build a culture of luxurious service with a hint of the East, and a sense of gracious engagement.

David’s abilities and experiences far exceed the normal daily operational efforts.  He is a recognized leader for Global Sales & Marketing taskforces, Global Information Technology Committee initiatives and has supported Corporate and Due Diligence tours. He is a confident and knowledgeable results oriented executive.

As former Chairman of the Massachusetts Lodging Association he was involved in the education of future hospitality workers coordinating high school program sponsorships with American Express. David has been a Guest Lecturer and panelist speaking on Luxury in the workplace and the building of e-cultures. He has spoken at, NYU Stern School of Business, MBA Program; Endicott College, MBA Program; University of Massachusetts, School of Hospitality; NY City Technical College, Hospitality Program. and invited to the Harvard School of Public Health Symposium - Designing Housing for Health, Safety, Energy, and the Environment;  He was invited to speak on 'IT and e-cultures in Hotels ' at Eurotec in Vienna Austria and at HITEC in Dallas Texas.

His civic engagement has included The Greater Boston Chamber of Commerce Transportation and Tourism Committee, Governor Cellucci's transition committee on Tourism and Quality of Life; Board member, The Downtown Crossing Association; Charter member of The Washington Street Business Improvement District;  Back Bay Association; Massachusetts Office of Travel and Tourism, Strategic Planning Steering Committee; and The Greater Boston Visitors and Convention Bureau, Sales Advisory Committee. While at Lafayette Swissotel David co-organized with Mayor Menino's office the innovative industry charette that helped masterplan the future of the three Washington Street theaters, the Paramount, The Opera House and The Modern. While Chairman of Massachusetts Lodging David was very involved in the original planning and funding of the Boston Convention & Exhibition Center.

David lives on the coast of Cape Ann with his wife Georgia and enjoys boating, gardening and lobstering.